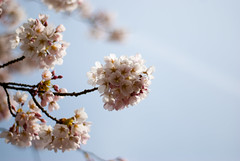 Springtime means the start of little league games, gardening, long walks with your dog, and for at least one in five Americans, itchy watery eyes, sneezes, runny noses, swelling, nasal congestion and a slew of other allergy related symptoms. But before you start pointing fingers at pollen, grass, weeds and molds for bringing on these maladies, take a look at your immune system.

The pollen, dust and mold are actually just harmless substances in our environment which some immune systems inappropriately target as dangerous invaders. To protect the body, white blood cells called mast cells and basophils are activated to fight off the invaders leading to an extreme inflammatory response and the release of a chemical called histamine into the blood stream. This immune system malfunction causes your common allergy symptoms like watery eyes, swelling and mucus production.
Amazingly, most people simply suffer through these symptoms year after year or mask the problem with over the counter medications or allergy shots but we need to realize that this problem is not going away. In fact, it is getting worse. An estimated 50 million Americans suffer from allergies and this number has been climbing for the past two decades among all races and ages. It’s currently the 5th leading chronic disease in the U.S. for adults and 3rd for children with 10,000 kids missing school due to allergies on any given day for an annual total of 2 million lost school days. 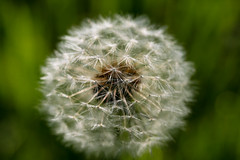 Why is this disease on the rise, especially among children? Interestingly it doesn’t appear to be hereditary as many people assume. While genetic factors can be linked to susceptibility, the massive allergy diagnosis increases occurring in such a short time span more readily suggest environmental or lifestyle changes. Thus, allergies may be linked to a more germ-a-phobic society and the increased usage of antibiotics or other immune system related drugs.
Studies show that individuals who live in too sterile environment are not exposed to enough pathogens and endotoxins, thus normally benign microbial objects like pollen will trigger an immune response. Researchers found that children who grow up with siblings, who enter daycare at an early age or who live on farms were less likely to develop allergies because they were exposed to a multitude of pathogens and endotoxins leading to a stronger immune system.
Evidence suggests that priming of the immune responses against allergens starts happening in utero and is thus affected by the mother’s environment. In addition, early life exposure to normal microbial flora primes the immune system for a non-allergic phenotype.
The use of anti-bacterial cleaning products may also be linked to autoimmune dysfunction. An article published in the American Journal of Respiratory and Critical Care Management found that the weekly use of household cleaning sprays put participants at an increased risk of asthma related symptoms with an even higher incidence among people using the sprays four times weekly.
Epidemiological data also supports the “hygiene hypothesis”. Studies have shown that various immunological and autoimmune diseases are much less common in the developing world than the industrialized world and studies in third world countries demonstrate an increase in immunological disorders, like allergies, as a country grows more affluent and presumably cleaner.
Today’s society relies heavily on medications which have also been shown to cause autoimmune problems. The use of antibiotics in the first year of life has been linked to asthma and other allergic diseases. Scientists at the University of Michigan Medical School found that antibiotics may be responsible for producing changes in microbes in the GI tract, which in turn impacts the way the immune system responds to airborne allergens. 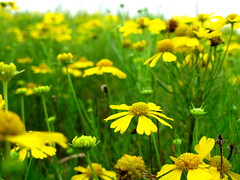 Sadly our response to increased allergy symptoms frequently includes upping our medication intake. The main problem with this approach is that antihistamines simply chase the symptoms without getting to the root of the problem. Allergy shots are somewhat effective against airborne allergens however the American College of Allergy, Asthma and Immunology does not recommend this treatment when it comes to other types of allergy triggers – such as food allergies and skin reactions. These shots also require extensive skin tests followed by years of bi-weekly or monthly shots.
Instead of suffering with each season change, consider getting a work-up to isolate and correct any imbalances/deficiencies which can increase your immune system’s likelihood of misfiring. It is essential to get a complete work-up because simply testing your white blood cell counts will miss the problem. You already have the allergy symptoms, which suggests higher white blood count levels but what about your protein levels? That’s right; protein plays a part in allergies.
The immune system utilizes protein-based substances to defend the body against germs, allergens and invaders. If you are protein deficient, the body will not have the resources to create roadblocks against diseases.
Without knowing what parts of the body are not working, how can you expect to correct the problem?