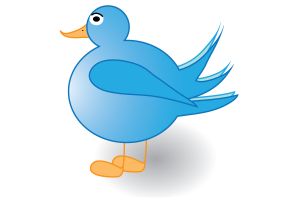 I do a lot of Twitter advertising and I’m always asked the same questions,  what are the benefits of Advertising on Twitter? What you can expect from a Twitter advertising campaign is a very good question to ask. If the person who is going to be doing the tweeting can’t, or won’t, explain what happens you should avoid them.

Many people don’t understand the benefits from Twitter advertising. They assume all you get is an immediate spike in traffic and followers. They also may not understand what a reasonable number of clicks are. Most people want 100+ clicks per tweet, which usually is not reasonable. Of course that completely depends on the tweet, i.e. if the tweet sounds spammy it won’t get many clicks.

There are several questions to ask when as you choose someone to advertise for you you.

Things To Keep In Mind When Writing Your Tweets

Here are some good service to use to do Twitter advertising.

If you haven’t heard about Fiverr.com you really need to check them out. I sell advertising on this site as well as outsource much of my work as I can. It’s a great controlled way to buy and sell tweets. You can see the “Gigs that I offer here. http://fiverr.com/users/mobilelife