What is Borderline Personality Disorder or BPD? 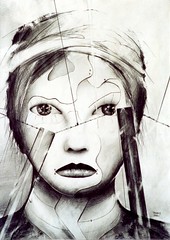 Borderline Personality Disorder (BPD) is a disorder of instability and problems with emotions. People with this disorder are unstable in their emotions, thinking, relationships,  identity, and behavior. They can have rocky relationships and are often afraid of being abandoned. Emotionally, people with Borderline Personality Disorder feel like they are on a roller coaster, with their emotions going up and down at the drop of a hat. They may also have trouble with anger (either having anger outbursts or being so scared of anger that they avoid it entirely). They act impulsively (they act quickly without thinking) when they are upset, and they sometimes attempt suicide and engage in self-harm. Often, people with such disorder have trouble figuring out who they are, and they sometimes have trouble thinking clearly and staying grounded when they are stressed out.

hey have been categorized into five easily understandable categories:

The word dysregulation pops up in each of these five categories. Dysregulated basically means “not controlled.” Indeed, this is a disorder that involves being unstable and not controlled in many different areas of life.

Emotion dysregulation refers to unstable emotions (including rapid mood changes) and difficulty managing emotions. People with Borderline Personality Disorder struggle with their emotions and are often overwhelmed by them. Indeed, some people believe that most of the problems that such people struggle with are caused by emotion dysregulation. Unstable emotions and moods and difficulty controlling anger are the two symptoms of Borderline Personality Disorder that fall under this category.

Interpersonal dysregulation means having trouble with relationships with other people. It does not mean that you are a bad or unlikable person. In fact, such people are often quite charming, engaging, interesting, and sensitive. Nevertheless, they tend to struggle in their relationships in two primary ways: unstable relationships, and fear of abandonment.

Behavioral dysregulation means that your behavior is out of control (and potentially harmful or risky) and is having a negative effect on your life. People with Borderline Personality Disorder often struggle with this problem in two primary ways: risky impulsive behavior and self-harm.

With cognitive dysregulation a person experiences negative thinking and/or a disconnection from self or reality when he or she is very stressed out. It is important to note here that these types of problems are not always there and occur mainly when people with Borderline Personality Disorder are under a lot of stress or are really upset.

How Do You Figure Out If You Have Borderline Personality Disorder?

The best way to determine whether you have this disorder is to meet with a professional who is qualified to make diagnoses. Several different types of mental health professionals make diagnoses, including psychiatrists and psychologists. Psychiatrists are medical doctors with specialized training in medication-based and psychological treatments. Psychologists have Ph.D.’s (or Psy.D.s) in clinical or counseling psychology and have extensive training in psychological assessment and treatment. Both psychiatrists and psychologists are often in a good position to conduct a thorough assessment and make a diagnosis. Other people who make diagnoses include social workers, people with master’s degrees in psychology, or people with Ph.D.’s or master’s degrees in counseling psychology.

We recommend that you seek a professional with training and experience with personality disorders, and that you get a thorough assessment. Although it can be hard to be patient when you really want to find out what is wrong with you, a valid diagnosis is important, and it may require several appointments and a lot of talking.