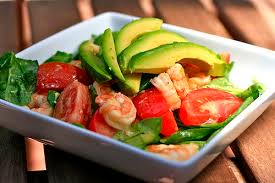 The Paleo diet has been all the rage for quite some time, with millions of people who swear by the integrity and power of this forward-thinking approach to nutrition… or should we say backwards-thinking?

The Paleo diet might be a recent dietary fad, but its history goes a long, long way back. As the name states, the diet is inspired by the way people used to feed themselves during the “paleolithic age”. Back then, people used to hunt and gather fruits and vegetables, meaning that things such as processed sugars, dairy products or backed goods were not available to them. In short, a paleo diet consists of meats, fruits, nuts and vegetables that are “found” in nature and that require little to no process to be cooked. People who advocate the Paleo diet believe that going “back to basics” with what you eat is the best way to stay true to the human body’s natural nutritional needs, which excludes cheese pizza apparently!

Some people, on the other hand, think that humans evolved through the ages to benefit from dairy and wheat. Where do you stand on the Paleo conversation?